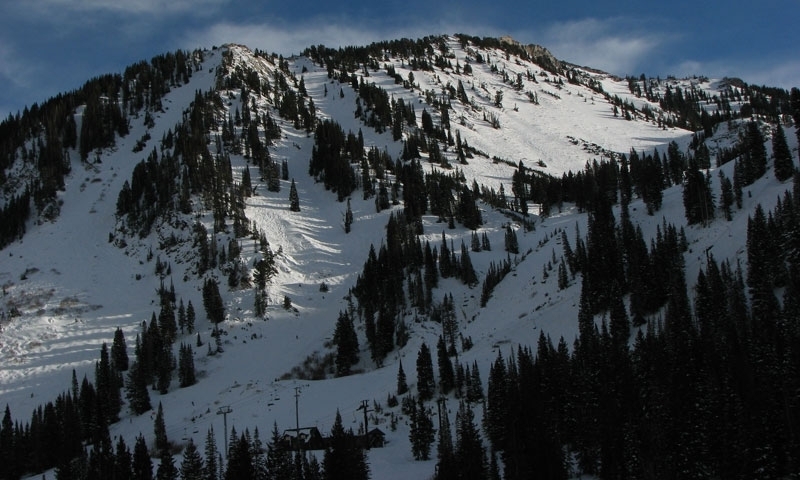 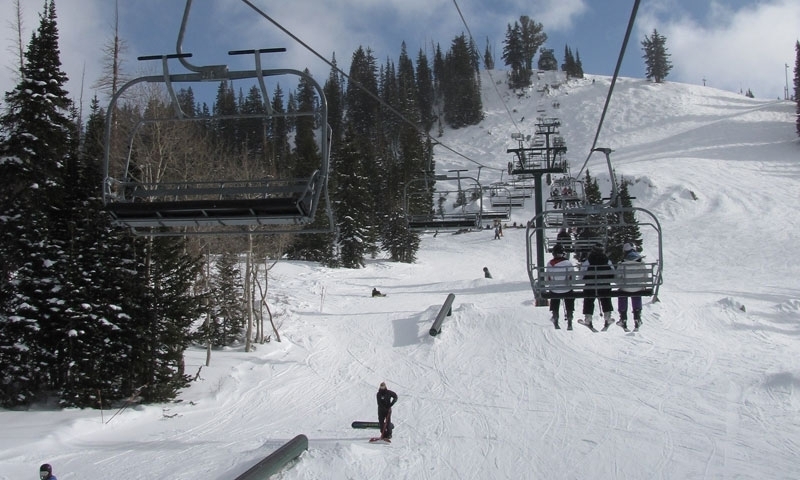 It's all about the ACCESS. Hundreds of flights enter and exit Salt Lake International every day. Once you land, it's an hour or less to 10 major ski resorts in northern Utah. The smallest one, Sundance Resort, has 450 acres and a vertical drop of over 2100'. That's no landfill.

Picking which ski area to hit if you do choose Utah for your vacation is probably you're toughest decision. Each has a history, a following and entertaining terrain. They're like members of a family where they all have the same blood but sport their own individual personality.

Deer Valley ... well, everyone's heard of Deer Valley Resort. It's where the Hollywood and New York elite vacation. Stock brokers, movie producers, real estate moguls spend $700/day to cruise with their own green-clad ski instructor, making perfect turns on the groomers. When they're done flitting through the mostly intermediate terrain, they eat at cafeterias that serve gourmet-quality burgers and prime rib from china plates. The grill cooks wear chef's hats instead of ballcaps. There are only a handful of bumps, no terrain parks and the runs are short. No snowboarding is allowed but occasionally people do get away with wearing jeans.

Snowboarders have Park City Mountain Resort and Canyons to appreciate. PCMR is a giant family ski area with nightskiing, an alpine coaster, terrain parks on steroids, a mini village at the base for apres ski and ice skating, and an impressive junior race program. The runs are wide open, groomed and fast but you can still get the fluff off Jupiter, Motherlode and McConkeys chairs.

The massive Canyons resort is the largest in Utah. Pick a spot on the hill and stay there whether it's 99/90, Condor, Iron Mountain or Dreamscape, rather than spending all day on cattracks trying to move among the mountains.

Snowbird and Alta are where it's at. The epic snow and "scene", I mean. It may snow eight inches in Park City and two to three feet in the Cottonwoods during the same storm. It's called Lake Effect.

Snowbird is not for beginners. The mountain will chew you up if you're not ready. Nearly 3,000 straight vertical off the Hidden Peak tram and all you do is lap the thing. You can ski all day and never sit down. Of course, Snowbird does have high-speed quads that can access pretty much everything the tram does but it's just not the same as being smashed into a packed hot box with over a hundred of your peers.

Beginners and those looking for more groomed runs can take the short drive past Snowbird to Alta. The old-school charm wasn't lost when they replaced fixed chairs with highspeeders. It's still the place for hippies on teleskis and backcountry lovers. No snowboarding allowed here but you can strike out into the backcountry from any number of backcountry gates.

Solitude and Brighton draw in more of the local crowd. Snowboarders flock to Brighton. The whole mountain is a giant playground with cliffs, hits, walls, trees and powder to hit.

Solitude is an intermediate powderlover's delight. Wide open, steep groomed runs and nobody's there! The food's a bit lacking so eat before or after your day and just never stop skiing.