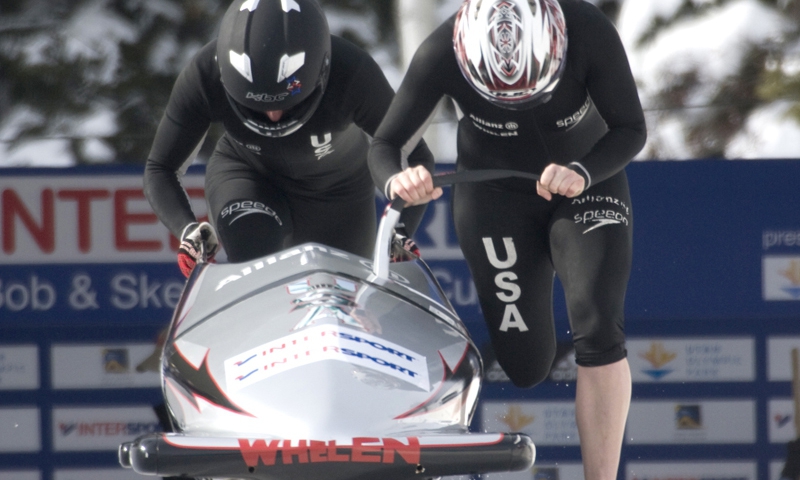 Everything shakes as you crawl out of the cockpit. Whether you're driving or riding, a trip down the bobsled track at the Utah Olympic Park will be unlike anything you've ever done.

Providers These companies can get you there

One of our professional pilots takes passengers on a thrilling ride down the the 2002 Olympic track. It’s an Olympic experience not to be missed!

It's real, it's dangerous, and it's not a Disneyland ride. The Park City bobsled track at The Utah Olympic Park lets average visitors race up to 70 miles per hour and rip 3G’s of force. Sign up to have an experienced pilot navigate The Comet as you clutch the padded sides and brace yourself for the launch through 10 curves of the same track used for the 2002 Olympic Winter Games. Or learn to drive your own sled in the G-Force Driving School. You get an hour of classroom instruction that includes a history of the sport, some entertaining video of early attempts at bobsledding, and scenes from the 2002 Olympics events at the Park; you walk the track with spikes on your shoes, noting critical spots to steer down or up, and then you push off with a brakeman. He's there to keep you as safe as possible but you'll still feel like you're flying solo.

The ride itself takes just less than a minute but you'll have stories to tell your friends for a lifetime.

The Utah Olympic Park is 28 miles east of downtown Salt Lake City. Take Exit 145 (Kimball Junction) onto Highway 224 toward Park City. Take the second right onto Olympic Parkway on the west side of 224. The entrance is about one mile up the Parkway.

Admission is free but rides and guided tours do require advance reservations and separate payment. (435) 658-4200